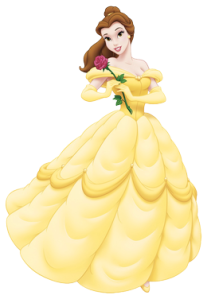 So we’ve read about casting Austen heroines as the Avengers, and Disney Princesses as pretty much everything, but have we combined them yet? If not, why has it taken so long? Two of the biggest names in popular culture are begging to meet, and I’m going to introduce them!

Before getting into specifics, there are a few broad similarities between the ladies of Austen and the ladies of Disney to consider. Both groups represent huge pop culture phenomena and are commonly viewed as paragons as femininity. Jane Austen wrote her heroines during an era that was very restrictive for women, while the Disney Princesses have garnered (somewhat warranted) criticisms for promoting those same restrictive and sexist ideals.

However, both the novels of Jane Austen and the films of Disney (especially those in recent years) are some of the most prominent works in Western culture to feature female protagonists, and strong, autonomous female protagonists at that. Film adaptations of Austen’s books tend to perform pretty well at the box office, while Disney Princess movies are some of the highest-grossing films of the past decade, proving wrong the idea that female-led stories don’t sell.

As a die-hard fan of both Austen and Disney, I feel it is my duty to point out all the wonderful qualities in both of these bodies of work, and what better way to do it than casting the Disney Princesses as Jane Austen heroines? So let’s get to it!

Besides the fact that they’re sisters, the Arendelle ladies are a perfect fit to portray the Dashwood ladies for a myriad of reasons. Let’s start with Elsa as Elinor. Both are very protective and nurturing toward their younger sisters and both repress their emotions to protect those they love, causing them to be seen as cold and unfeeling, when in truth they have great emotional depth. Meanwhile, Anna and Marianne are both seen as the more high-spirited and romantic sister, and both fall in love with really handsome, charming guys who turn out to be cads, before ending up with kind, steady gentlemen. Plus, look how similar all their names are! Elsa, Elinor; Anna, Marianne. Is that eerie or what!?

As young women who were raised by emotionally abusive relatives, yet still manage to retain their innate kindness and moral courage, the similarities between Cinderella and Fanny Price are really uncanny. Both ladies also receive help from wise benefactors who appear in their lives at just the right time, then have their sparkling, magical moments at a ball, where they both dance with their respective princes. (You almost have to wonder if Jane Austen was thinking of the original fairy tale when she wrote Mansfield Park. Since one of the most popular versions of the story, the Grimms’, was published in 1812, right in the middle of the period when Austen was writing her novels, it is entirely possible!)

Beyond the obvious (“handsome, clever and rich”), Jasmine embodies Miss Woodhouse’s most essential character traits. She is confident, independent, smart, quick-witted under pressure, and, like Emma, a bit of a daddy’s girl. Both women express personal opposition to marriage (but then they fall in love, of course), and consequently gain a little experience in warding off unwanted suitors! While Emma has lived her entire life in a tiny English country village, Jasmine finally venturing outside the confines of the palace walls is the catalyst for her story. They are also both a little snobby at the beginning of their stories, but learn to accept and value people from all walks of life by the end.

This one may seem like a bit of a stretch, but stick with me. For much of Persuasion, Anne’s fate is decided by those around her; she doesn’t take significant (to her own life) action of her own volition until near the end of the novel. Similarly, Aurora is a character who is often acted upon, but doesn’t ever really act herself. In fact, of all the Disney Princesses, she has the fewest speaking lines and the least amount of screen time. And just as Aurora is awakened from her magical sleep with True Love’s Kiss, love awakens Anne out of her metaphorical sleep and gives her the courage to take her fate into her own hands.

No one who had ever seen Rapunzel in her infancy would have supposed her born to be an heroine, yet just like Catherine, that is exactly what she becomes. Both sheltered young women spend their time wondering when their lives will begin, then jump at the chance for adventure when it comes along. Both are a bit (albeit charmingly) naïve, and apt to let their imaginations run away with them. Both also fall in love with men who have kind, generous hearts underneath all their charm and swagger.

Belle (Beauty and the Beast) as Elizabeth Bennet (Pride and Prejudice)

This one is so perfect it almost hurts. First of all, there’s the fact that they’re both everyone’s favorite. Both enjoy improving their minds through extensive reading, and both are beloved by, yet a little removed from, the people in their home towns; they’re too clever for their own society. Both turn down proposals from ridiculous suitors, both have close relationships with their fathers, and both refuse to conform to ideals of womanhood inconsistent with their own identities. On top of all that, both Belle and Elizabeth encounter men who are surly, arrogant, rude, and beastly on the outside (one of them is literally a beast), but who learn to be the true, kindhearted princes within. Plus, there’s that description of Elizabeth’s “beautiful expression in her dark eyes,” which fits Belle to a T!

Since there are fewer Austen heroines than Disney Princesses, there were several princesses I had to leave out, even though I really, really wanted to include them. Mulan, Pocahontas, Ariel, and Tiana were a few I wanted to cast as an Austen heroine, but they just didn’t seem to fit as well as the princess I ended up casting. But maybe they would be good fits for some of the minor characters, or heroines of Austen’s lesser-known works? What do you think? Do you agree with my choices? Who would YOU have cast?

2 thoughts on “What if Disney Princesses were Jane Austen Heroines?”