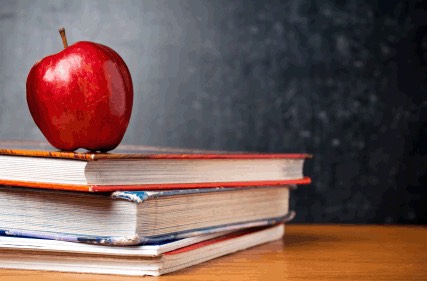 So, maybe you’ve been hearing and reading a lot about education lately, and you’re wondering why it’s such a big deal? Or maybe you already care a lot about education, but you want to learn more about all the interconnected issues involved? Or possibly you’re a teacher or education advocate and you want some books to recommend to people who come to you with those very questions?

Here are six books that will not only teach you about some of the factors affecting education today in the U.S. and internationally, but also make you want to roll up your sleeves and get to work helping improve the lives and education of all children.

The Bee Eater by Richard Whitmire and Radical by Michelle Rhee

A biography and a memoir, respectively, both books detail the life and work of controversial former Washington, D.C. public schools chancellor Michelle Rhee. From her days teaching in inner-city Baltimore with Teach for America, to her founding of education reform nonprofit Students First, Rhee’s life and career have been focused on improving public education for every child in America. Her memoir, Radical, contains a call to action to every single person who cares about the state of our nation’s schools to take the first step toward creating a better future for all children.

Coming from a religious perspective, award-winning educator Fulgham’s book is a challenge to Christians and other people of faith to include in their core beliefs the idea that faith should lead us to urgently champion reform in public schools, especially for children in the most poverty-stricken areas.

The Importance of Being Little by Erika Christakis

Yale Early Childhood Education professor Christakis’ book focuses specifically on how and what children learn in preschool, before the age of five. She examines the current state of early childhood education for the vast majority of children, explaining that the scripted lessons, prepackaged crafts, and strictly regulated time constraints are all contrary to how children learn and grow at this young age.

Using her many years of experience and research, Christakis argues that a more free-form, open-ended, and play-based approach to learning is far more appropriate for young children’s development, intellectually, physically, and emotionally. She also highlights stories of schools that are “doing it right,” conveying some much-needed hope for the future of preschool.

Last Child in the Woods by Richard Louv

Louv’s landmark book on the rise of nature-deficit disorder, and how it harms children, has become a modern classic of child development. It points out that before the rise of the internet and 24-hour news channels, fear for children’s safety outdoors was much lower, so most kids spent a lot of time outside. But with the advent of both highly immersive technologies targeted toward children and adults’ increasing awareness of crime in the news, children have been spending more and more of their free time indoors, and less and less time outside.

Louv’s research points to the vitality of time spent outdoors in nature to a child’s physical, emotional, and social development. Since its publication in 2005, Last Child in the Woods has inspired an international movement and hundreds of organizations that get kids outside to learn about nature, at the same time learning how to love and help conserve the environment.

Through his organization, Central Asia Institute, Greg Mortenson has built over 200 schools in rural Afghanistan and Pakistan. Three Cups of Tea is the story of how his very first school project came to be. Both adventure story and testament to the human spirit, the book offers a look at the vibrancy of the lives of the people Mortenson encountered on his quest to build schools for the children, especially girls, in the areas most affected by the Taliban. At times heartbreaking, but ultimately uplifting, this is a book that will open your mind and heart to what can be possible when an ordinary person goes to extraordinary lengths to keep their promise.