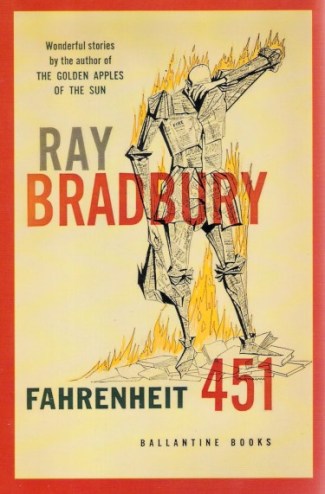 It’s an idea that’s been around for as long as Americans have been writing novels: that one work that perfectly encapsulates the American experience, whether in a very particular time and place, or across the sweep of centuries and span of the continent. The former tends to be the focus in the novels that I personally think deserving of the distinction, with my picks from among the more conventionally discussed titles being The Scarlet Letter, The Great Gatsby, and To Kill a Mockingbird.

But what about those less conventionally discussed titles? What are the novels that aren’t in the usual conversation, but should be? Maybe they are overlooked because they’re genre fiction, or children’s works, or they depict experiences of people who are not white? (To be fair, Richard Wright’s Native Son, Ralph Ellison’s Invisible Man, and Toni Morrison’s Beloved, among a select few others, are often brought up in discussions of the Great American Novel, but those are rare exceptions in the otherwise snowy landscape.)

My criteria for the titles I came up with were books that: (1) are not commonly brought up in discussions of the Great American Novel (and to my knowledge, none of my picks have ever been brought in to that conversation); but (2) depict a quintessentially American experience (in other words, could only take place in America or among Americans); and (3) are good. Several of the books I chose are not without their flaws and controversies, which I’ll discuss, but those flaws do not make them any less deserving of the Great American Novel distinction.

(And, because it’s tradition, my top five list has seven items.)

Butler’s science fiction/time travel/historical fiction classic has recently had somewhat of a resurgence in popularity, along with her other works. This story of a young black woman in the 1970s who must travel back in time to help slaves and a slave owner in the Antebellum South is a story that could only take place in America, and has a significance that is uniquely American.

Another science fiction pick, though this has a future dystopian setting. The outlawing of all books and reading is every reader’s nightmare, but beyond that, Fahrenheit 451 was profoundly prophetic in its depiction of technology and culture, with wall-sized TVs and reality television. The novel offers a grim vision of an America in which the people have lost any sense of investment or voice in government and societal leadership.

The story of four first generation immigrant women from China and their four American daughters, Tan’s most famous work is often criticized for its depictions of Asian men (and those criticisms are legitimate). But as a tale of immigration, family, culture clashes, coming-of-age, and coming to terms with one’s heritage and identity, The Joy Luck Club brilliantly depicts and defines a quintessential American experience.

Okay, murderous clowns/demon aliens may not be quintessentially American, but Stephen King is. His (arguably) most famous novel is an exploration of childhood fears and adulthood reckoning with those fears. It’s also a depiction of small-town America on par with any you’ll find in the very best American fiction.

Of all the books on this list, this one is probably the closest to being a conventional pick, though it’s still not mentioned nearly as frequently as your Steinbecks or your Updikes or your Faulkners. It’s also worth mentioning that Atwood is Canadian, which most might say takes this work out of the conversation, but The Handmaid’s Tale is very American, and takes place in New England. Like Bradbury’s dystopian society in Fahrenheit 451, Atwood’s Gilead plays upon  American fears of the loss of freedom and autonomy.

A controversial choice, I know, considering that the author is not American, or even Canadian, but rather Nigerian. But hear me out. Another immigrant story, Adichie’s tale follows Ifemelu, a woman from Nigeria who finds academic success in the U.S. but faces prejudice as she grapples with what it means to be “black” for the first time. As a nation of immigrants, America is home to millions whose stories resemble Ifemelu’s in many ways.

I feel like I don’t even need to argue this one. Even now you’re thinking, “Of course! Why isn’t Little House on the Prairie already considered the Great American Novel??” It’s because it’s a children’s book.