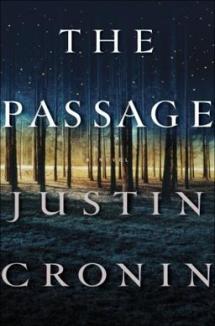 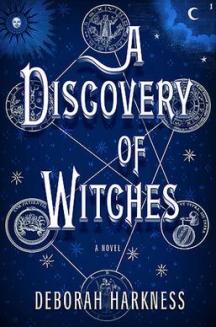 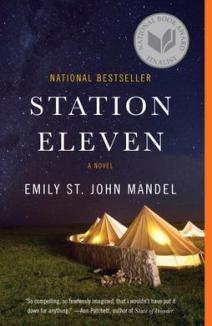 The season one finale of FOX’s adaptation of Justin Cronin’s The Passage aired this past week, and I couldn’t be happier about where they left it. I also just signed up for a seven-day free trial of the Sundance Now app so I could binge the whole first season of their recent adaptation of Deborah Harkness’ A Discovery of Witches, the first in her All Souls Trilogy, which I was also pretty pleased with.

It’s interesting to me that both these series have come to TV around the same time, because I happened to read their respective source materials around the same time as well, in the late summer and early autumn of 2017, so they’ll always be strangely associated with each other in my mind. They couldn’t be any more different, though. I mean, they both have vampires, I guess, but that’s it.

I spent over a month reading Cronin’s horror/action/sci-fi trilogy, as all three books could double as doorstops. (I’ve already shared some of my thoughts on the trilogy in another post. I also express my misgivings about the TV series.) Upon finishing, I had no idea what to do with my life. It was a major book hangover. I actually googled “what to read after The Passage,” and several lists I found included Emily St. John Mandel’s Station Eleven, which I happened to already own, so I started it.

That was absolutely the right choice.

Mandel’s post-apocalyptic tale is not as action-packed as Cronin’s, and there are no vampires, or even zombies, just an avian- or swine-flu-like virus that wipes out 90% of the world’s population within a few weeks. The main action of the book takes place 20 years later, and follows a traveling group of actors and musicians who perform Shakespeare and symphonies for the tiny communities of people who have managed to rebuild in this new world.

Station Eleven portrays a quieter, less violent vision of a post-apocalyptic world, but it is no less horrifying than that of The Passage. The ruins of civilization, the empty houses, the weight of the sheer number of people who have died haunt every page; there is no one in this story who hasn’t lost everyone they know. And there are no monsters in this future, but people can be monstrous.

With so much of humanity lost, of course we would want to keep alive the vital things that make us human.

I tore through Station Eleven in a couple of days, and when I was nearing the end, I thought I would preempt another book hangover by lining up another book to start as soon as I finished. I visited a book store on my lunch break and browsed the bargain tables, thinking I would just find something to tide me over until my next “big read.”

(Do you ever do that, think of some books as “filler” and others as “big reads,” or is that just me? Basically everything I read on Kindle Unlimited is filler, but I digress.)

What I found instead was definitely a “big read.” A Discovery of Witches had been in my periphery for a little while, but I’d passed when I’d first encountered it in a book store because of a blurb from People Magazine on the cover that called it “a wonderfully imaginative grown-up fantasy with all the magic of Harry Potter and Twilight.”

I should know by now that a book described as a “grown-up Harry Potter” is probably something I’ll like; I loved The Magicians and The Thinking Woman’s Guide to Real Magic, after all. But confession: I think Harry Potter is just OK, and I’m super tired of its permeating presence in pop culture. Plus, it just really, really bothers me when books are marketed this way. (Notice how I didn’t even mention the Twilight comparison. That’s coming.)

But when I picked up that copy of A Discovery of Witches from the bargain table on my lunch break that day, and saw that it was only six dollars, I bought it. I bought the second and third books in the trilogy, too, once I finished it. Harkness’ brand of urban fantasy with elements of thriller, romance, and historical fiction (the entire second book, which is probably my favorite of the three, takes place in 16th Century London, and the author’s historian background is put to great use) really hit the spot.

So of course I was excited when I heard that the first book was being adapted for British TV network Sky One (if it were produced by an American network or basic cable channel, I would have been worried, to be honest). The show was picked up by the Sundance channel on this side of the pond, and as I mentioned, I binged all eight episodes with my free trial.

In a text conversation about the series with my friend Emily, she remarked, “It’s more adult than Twilight. So I liked it.” Indeed it is.

It’s more adult than Twilight. So I liked it. –Emily

But the show honestly reminds me more of Buffy the Vampire Slayer than Twilight. Lots of time spent in a library, mysterious old texts, cryptic prophecies, a race to save the world from a Big Bad, and witches and vampires, of course. Though Diana, the hero of A Discovery of Witches, is more Willow than Buffy. She uses her brain more than her fists, deeply values knowledge and books, and, like Willow, eventually grows into her witch powers. This was not a connection I’d made when I first read the books, but seeing the world of the All Souls Trilogy brought to life on the screen also brought those similarities to life.

A Discovery of Witches as a TV series sticks almost religiously to its source material, albeit with some settings and backstories only alluded to in the books being expanded. FOX’s The Passage, however, differs in several pretty big ways from its novel, but for the most part, those differences just make the story better.

The book has a lot of dudes, but the show has gender-swapped a couple of key male characters, and a couple of more minor female characters from the book have a bigger role to play in the show. The show’s casting is also more racially diverse than descriptions in the book suggest. These are both improvements, of course.

I also really like that the show has expanded a lot of the characters’ stories. This entire first season only covers about the first 200 pages of the book, so there is a lot merely mentioned in the book that the show is able to take the time to explore, before it jumps a century into the future. Ending the season on that jump was perfect, and I can’t wait to see what they do in season two.

The pleasant surprise that is The Passage TV series is what makes me think Station Eleven would be a great adaptation for television, as well. It would have the post-apocalyptic setting that season two of The Passage will have, but it would also have elements of two criminally underrated shows: Slings and Arrows, a Canadian series about a fictional Shakespeare company, and Mozart in the Jungle, Amazon Studios’ scripted show about the musicians of the New York Symphony. It would be a really interesting mix.

I honestly did not intend for this post to be so long, so if you’re still reading at this point, I apologize. I just get so excited about well-produced literary adaptations!

2 thoughts on “Book Hangovers and Binge-Watching: “The Passage” and “A Discovery of Witches” on Page and Screen (and Why “Station Eleven” Would Make a Great TV Series)”