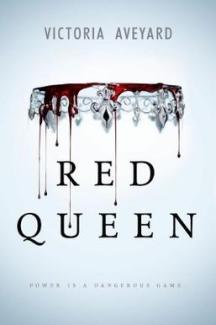 I read nothing, I repeat, NOTHING for my 2019 Reading Challenge in March, which means I didn’t draw any book covers this month. (I’m not worried; I have plenty of time.)

There was a lot to celebrate about my March reads, though. All eight books I read, as well as the book I tried to read but didn’t finish, were written by women and featured female protagonists, very fitting for Women’s History Month. Four of them also featured women of color as protagonists, which lives up to my personal goal this year of having at least half the books I read be written by and/or feature main characters who are people of color.

(Also, even though this is a books and reading blog, I just have to express how incredible Brie Larson and Lashana Lynch were in Captain Marvel and Lupita Nyong’o in Us. Seeing so many empowered and strong and well-written women on the screen and in fiction this month has me pretty amped.)

And all of these ladies were badass, powerful women in their own ways. Here are my reads:

I read this entire book in one day, and once I finished it I had to just sit in silence for like a good 30 minutes. This was all the way back at the beginning of the month, and I honestly haven’t thought about it very much since then, not because it wasn’t memorable, but because I think I’m still not completely ready to process it yet. I feel like I need to read it again.

The Power asks an intriguing question: what if all women suddenly had the ability to physically overpower men? This premise is taken to a believable, logical conclusion. I want to write a summary of the story events, but I don’t feel like that will do it justice. Suffice to say that everything you can imagine happening in such a scenario, both positive and negative, happens, and then some.

At the beginning of the book we start out rooting for these women who are suddenly physically powerful enough to fight back against abusers, who gain the confidence and social clout to hold their own and succeed in male-dominated settings, and who in some cases overthrow large-scale oppressive, patriarchal regimes. Women now have all the power, but power corrupts. To see how this unfolds, you really just need to read the book.

If you need any more convincing, Alderman wrote this book under the mentorship of the one and only Margaret Atwood, and Barack Obama named it one of his top books of 2017. Honestly, just read it. Also, listen to the Overdue podcast episode on The Power for a great (spoiler-filled) discussion.

When Red Queen first came out in 2015, I pretty much devoured it. It was exactly my flavor of YA/sci-fi/fantasy/romance, with a lot of Hunger Games vibes, but with more royalty (everything is better with royalty). I pre-ordered Glass Sword, but a year passed in between when I finished the first book and when I started the second, and I had lost my momentum. I got about 50 pages in and then ghosted it, not even bothering to note the release dates of books three and four.

I don’t know what exactly inspired me to reread book one and then finish the series this March, but I placed all four books on hold through the library and checked them all out at the same time. This time around, I was able to binge-read, and while King’s Cage and War Storm were easier to immerse myself in by reading in rapid succession, they were a little tougher to get through.

While I would classify this as dystopian science fiction, there is definitely magic, but more in a comic book superhero kind of way than a sword and sorcery fantasy kind of way. This is the kind of series that you don’t have to think too much about if you just want an entertaining read. If you do start to think a little more deeply about it, though, there are some really interesting things going on culturally, sociologically, and in terms of the rules of magic. I would recommend reading the whole series in one fell swoop.

I posted a review for this ARC previously here.

The way I found this book is an interesting story. Last summer, the WordPress user Fairy Tale Feminista started following this blog, so I did the neighborly thing and followed her back. It’s a really interesting focus for a blog: she explores life’s questions through the lens of fairy tales. I’d noticed that she had an Amazon page for a book linked on her site, but it wasn’t until I’d been reading her posts for a couple months that I read the About section of the blog, and learned that Fairy Tale Feminista is the author I. L. Cruz, and that book she has linked is her work!

So of course I was like, I’ve gotta check this out. I’m so glad I did. A Smuggler’s Path takes a point of view we don’t often see in fantasy fiction. This fantasy world feels somewhat familiar for those who’ve read mainstream classics of the genre: European-inspired, though more focused on the Iberian Peninsula than Anglo/Germanic countries; and a vaguely medieval society with magic-wielders.

But Inez is a new kind of fantasy heroine. She is Latina, which I don’t think I’ve ever seen in high fantasy (I’m sure there probably is somewhere out there, I just haven’t found it; though I have read some great urban fantasy with Lantinx characters, like Zoraiva Cordova’s Brooklyn Brujas series), and she’s also not a Tough Girl [TM], though she is tough, or a Chosen One [TM]. She feels real, like her own person, rather than a collection of fantasy tropes.

Cruz has written of her novel that she “wanted to play around with writing a story that was led by a Latina who has adventures that don’t involve falling in love (although she does have a love interest) or needing a boy to help her.” I very much enjoyed this and am looking forward to the next one.

(Full disclosure, I did not finish this book in March. But I have about 50 pages left, so I will probably finish it tonight, April 1st, and I would have to wait a whole month before posting it if I stick to the “date finished” rule. So here we are.)

I read the first book of Jemisin’s Broken Earth trilogy back in January, and it took me this long to read book two, mostly because I feel like I needed to mentally prepare myself to enter this world again. These books are intense!

The Obelisk Gate picks up where The Fifth Season left off. Essun has been reunited with two key figures from her past, one of whom has a bold plan for ending The Stillness’ cycle of destruction and rebirth once and for all. Meanwhile, we find that her daughter Nassun is still alive, and is coming into her own orogene powers. I’ve enjoyed getting to know Nassun in this book; she reminds me a little of Demaya, her mother’s younger self from the first book, but is still definitely her own person.

Since I haven’t finished the book, my impressions aren’t formed yet, but I can say that book two absolutely lives up to the world and excitement created in book one, which in my experience is rare for trilogies. Okay, I need to finish it now, bye!

Rating: even though I’m not done, I feel confident giving this a 5 out of 5

I have mixed feelings about this one, obviously, since I gave up on it. I have no qualms about abandoning a book I’m just flat out not enjoying (though that actually doesn’t happen too often, I think because I’ve become very good at predicting whether I will like a book or not before I even pick it up), but I really tried to power through this one before I stopped.

I really thought I would love The Poppy War, and there are actually a lot of elements to it that I do love: the setting, which is based on 10th and 11th century China; the story premise, which is inspired by the second Sino-Japanese War; and the heroine, Rin, who is a social outcast from a poor province who proves her intelligence and abilities to rise through the ranks of an elite military academy.

So it’s hard to say where I faltered with this one. It could have been the violence, of which there is a lot, since there is a war going on. But the plot also seemed to get bogged down about two thirds of the way through, which is where I stopped reading.

The Poppy War was just nominated for the Nebula, so I feel like I should finish it at some point. I also follow the author’s blog, and she’s pretty cool, so I definitely want to read more of her work.

Have you ever DNF’d a book? Which one(s) and why?

What were your favorite March reads?

Let me know in the comments!