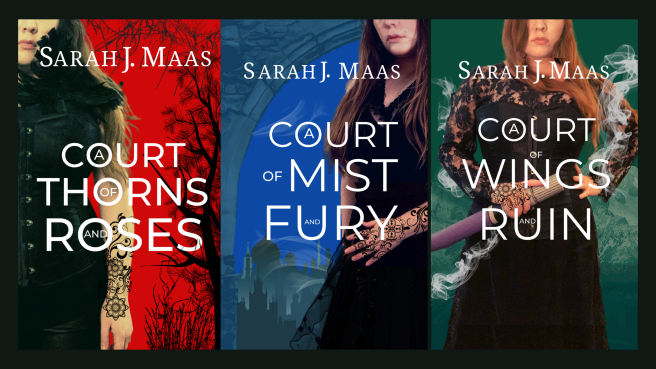 We can call this part 2 of my literary cosplay post, I suppose.

So for anyone who didn’t know, I’ve been technically unemployed since late June–but I start a new job on August 26th, yay! (That’s not a sarcastic yay, I am actually excited about it)–so I’ve had a lot of free time on my hands for a couple months. Like, a LOT of free time. There were only so many resumes I could email and job applications I could fill out and phone calls I could make to Unemployment in a day, you know?

I turned to a lot of different projects to fill my time. I relaunched my podcast, I wrote more here, I read a lot, and I made a lot of TikToks.

There’s a pretty active book community on TikTok, known as BookTok, that I’ve spent quite a bit of time on and through which I’ve made some connections with other readers, which I’ll be featuring in a future podcast episode. And one thing you’ll notice if you spend any amount of time on BookTok is that there is one particular book series that is VERY popular on the platform: the A Court of Thorns and Roses series by Sarah J. Maas, also known as ACOTAR.

I have read and enjoyed these books, though I personally think her Throne of Glass series is better overall, but I was struck with just how devoted many of the series’ fans are on BookTok. It honestly reminds me of the late-2000s Twilight fandom (I promise I’m not intending to reference Twilight as much as I have recently, it’s just on the brain right now, I guess). There are several popular and fantastic cosplayers and many users who apply TikTok memes and trending audios to the series in really creative ways.

So seeing these books so often on my For You page inspired me to reread the series (maybe I’ll write a post about it one day…) and put the covers in front of my eyeballs quite frequently. And for whatever reason, seeing the covers so often led me to think, “I wonder how hard it would be to recreate these?” Having lots of free time, like I mentioned, I figured it would be fun to try.

My rules were simple: I couldn’t spend any money (because, hello, unemployed), which meant I had to use items I already owned and design tools I could access for free. Thank goodness for closet cosplay, my penchant for black lace clothing, the fact that I already owned a black corset and a black feather collar, and Canva.

Here are the original covers of the books (left), side-by-side with my recreations (right).

A Court of Thorns and Roses

I think this recreation is the best of the three, to be honest. It was also the easiest, probably because it has the simplest background, which made it easy to recreate. The only element I didn’t include was the vine/barbed wire-looking embellishment, just because I couldn’t find an image that really worked for me. Overall, I’m really happy with this one.

A Court of Mist and Fury

This one was probably the most difficult of the three. There were several challenges I encountered, the first being that on the original cover, Feyre’s hair appears to be blowing in the wind. I attempted to use my hair dryer to emulate this for my photo shoot, but it just wasn’t working out. It was too difficult to hold the hair dryer in the right position and get my body in the right pose. The other big challenge was the city skyline in the background. It took a few tries to get the multi-layered effect right, and I still don’t think I quite got it, but I’m okay with that. It was fun.

A Court of Wings and Ruin 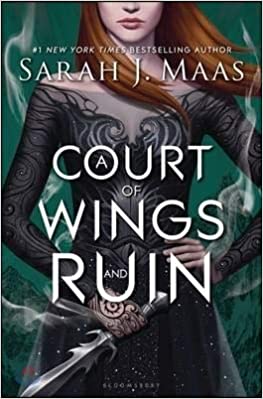 The design elements of this third cover are pretty simple and were fairly straightforward to recreate. The big differences I notice between the original and my recreation are the vastly different body proportions (I am a real person and not an illustration so there is nothing I can do about that) that slightly throw off the relative placement of the title, and the weapons are different. I don’t own a dagger or a sword, but I do have a lightsaber that is actually a wrapping paper tube that I painted, so that is what I used. Maybe this will inspire some Star Wars/ACOTAR crossover fic? I would 1000% read that!

I posted my recreated covers on Instagram and Amanda from Fictional Hangover saw them, and then sent me a Feyre tattoo glove that she made. I didn’t have it in time for these photo shoots, but now I’m prepared if I ever want to do these cosplays again!

I also made TikToks (of course) documenting my creative process for each cover. Check out the videos for ACOTAR, ACOMAF, and ACOWAR! And follow me while you’re at it, if you feel like it!